Since May 2022, a new scheme has been running called Tea ‘n’ Talk which has been held at Bread + Roses. This scheme sees Mind in Bradford collaborating with this popular vegan and vegetarian café in Bradford city centre and has been held on a monthly basis. I went along to one of these talks and I’m still attending them.

Why chat in a café such as Bread + Roses?

The aim to get people talking about their mental health does appear to be working because more and more people are aware of Mind in Bradford and the many good things and wellbeing groups they have to offer. Mind in Bradford continues to grow as it reaches out to more people, more communities as well as opening up its age ranges. If we are ever going to tackle the stigma of mental health and encourage people to talk then holding chats within public places such as Bread + Roses is a great start.

And in turn, this also helps businesses as we try to steer away from our phones, tablets and other gadgets in favour of meeting up and having a good chat because by doing this we are connecting, we are socialising which are the best tools for confidence building and helping to combat loneliness; two of the major reasons as to how and why people feel stuck and therefore, see their mental health dip!

I chatted so some of the people attending these talks. Diane who volunteers for Mind in Bradford feels:

It’s a great way to meet new friends and good for confidence. It is an environment where you can chat about whatever you like as well as sharing experiences such as talking about my Dad and coping with bereavement of losing a loved one.

David who is both a volunteer and a client at Mind in Bradford enjoys:

Listening and talking about the fun things as well as the more serious topics like self-harm and ways to cope.

Karen who comes to the groups feels:

It’s a great way to support each other as well as learn about what is out there if you feel you need more support as well as providing a place you can come to for general chit chat instead of feeling isolated.

While meeting at Bread + Roses, we’ve also become aware of the campaign to save Bread + Roses. Very recently, they reached their funding aim of £20,000 which will allow them to remain open until January 2023 and with more crowdfunding bids in place, they hope to keep their doors open for much longer and why shouldn’t they?

The team aim for the café to become more charity-based instead of it being purely business. Staff member Katie wants an authentic place where people can go for a cuppa that doesn’t cost the earth and where you can, if you choose to, talk with other people.

Their price lists show a waged and unwaged pricing so if you are struggling to make ends meet then you can pay the unwaged pricing. Not only does the place offer fantastic coffee and tea but also showcases homemade cakes, their famous vegetable pakoras which are also homemade as well as various toasties and their delicious aubergine and coconut daal curry.

Not only is our Tea + Talk held there but Bread + Roses also hold various other groups and workshops such as 3D Printing, Breadmaking and even a Death Café. As Katie says:

Bread + Roses has become the heart of our community. Several communities come together and enjoy each other’s company.

It’s true. I see it myself. The impact is strong and warmly felt whether you’re working there as a member of staff or a volunteer like Hamad, who has learnt new skills while making coffees as well as meeting interesting people and customers.

While there is a lot of work needed to make Bradford a better and safer place to be there are pockets of people and things that are working really well and it’s these things that should not only be protected and encouraged but also celebrated because people are coming together regardless of what race, culture, religion or gender you may be.

Everyone is welcomed and it’s places like this that are providing that beacon of hope that Bradford needs!

Our Tea + Talk has proven to be so popular that we (in our own time) have decided to hold our chats weekly instead of monthly. Our chit chat groups are meant to run 10am-12pm but because we talk that much we’re actually there until around 2pm, so if you find yourself at a loose end and you fancy a cuppa and a natter then you’ll find us there, usually on a Monday and at Bread + Roses.

Tea ‘n’ Talk is held every other Monday, 10am-12pm, at Bread + Roses. We also hold a Chatty Café session at Idle Lounge Coffee House on the first Tuesday of every month, 1:30-3:30pm. You can check when the next session is here. 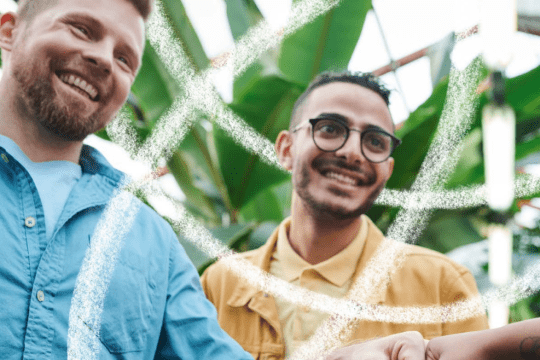 We have published our 2021-2022 Impact Report! The new booklet provides lots of information about 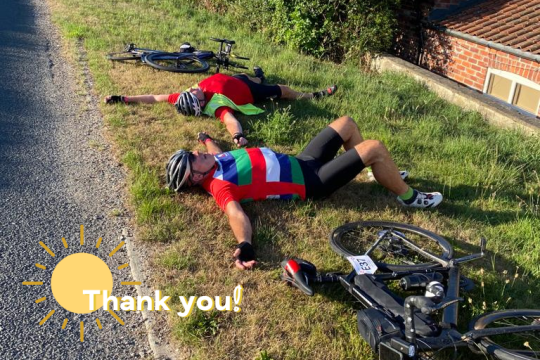 A summer of FUNdraising!

We are always extremely grateful to all our amazing fundraisers and donors who together help us support mental health... 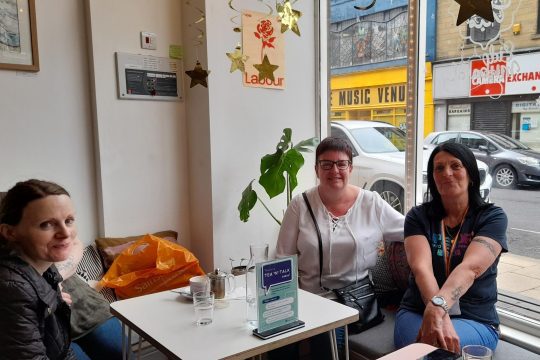 Ian shares his experience of attending our Tea 'n' Talk group and how great Bread + Roses is for...
X